The first incident of graffiti was discovered on Wednesday inside of the Henson Science Hall. According to social media postings by students, the message said in part “It’s hang a N***** month.” The second racist graffiti message was discovered in Fulton Hall late Wednesday evening. Salisbury University Police have recruited the assistance of the FBI, along with Maryland State Police, the Wicomico County Sheriff’s Office and Salisbury Police. University Police say “the incident poses no imminent threat to the campus community.” University officials say FBI investigators will be on campus interviewing students and faculty members.

In November, racist graffiti with the message “Sandy Hook comes to SU. Kill N******” was found inside of Fulton Hall. That sparked student protests under the #ChangeSU monicker, with the University’s President later announcing a series of changes including additional security cameras, easier access to administrators and the launch of a unity task force.

University President Wight said “hate and discrimination will not be tolerated on this campus. I stand with you as we continue to navigate these difficult and unfortunate times.” Late Wednesday, University officials announced the closure of campus to allow for healing with grief counselors expected on campus. Students held a gathering on campus at the Sammy the Seagull, with the Salisbury University chapter of the NAACP hosting a dialogue in Henson Hall. 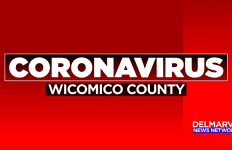 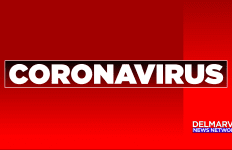 Unemployment Cases in Maryland Skyrocket – Up Nearly 1000% in One Week→