The Cambridge Police Department is investigating an armed robbery at a local business over the weekend. 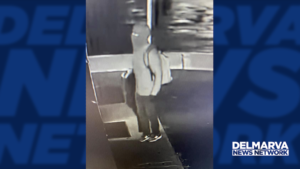 It happened at Mercardo Latino in the 100 block of Cedar Street on September 4th around 9 p.m.

The suspect entered the store with a face covering and holding what appeared to be an AR-15 rifle. He demanded money from the employees and left with an undisclosed amount of money.

The suspect is described as being in his early 20’s, around 5’8″ in height and around 225 lbs in weight.

He was driving a white Ford Explorer with unknown registration.

No injuries were reported. Anyone with information on the suspect or the robbery incident is asked to contact the Cambridge Police Department.