The Maryland State Fire Marshal’s Office says a fire at a wooden shed located at a Cambridge home has been ruled accidental. 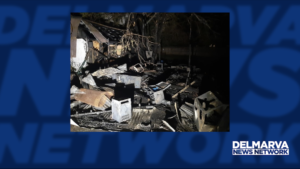 The blaze broke out early Monday morning around 1:35 a.m. at the structure located in the 800 block of Hambrooks Avenue in Cambridge. Officials say it was discovered by the occupant of the nearby home.

30 firefighters responded, taking 35 minutes to get the blaze under control. It caused an estimated 11,000 dollars in damages, including to the adjacent home.

No one was injured.