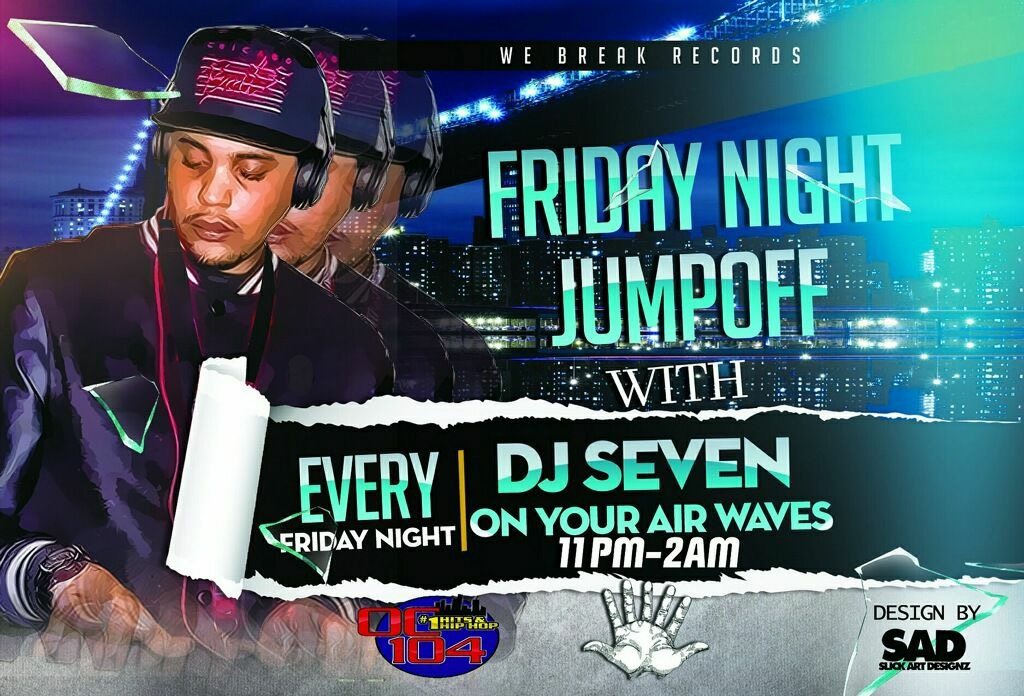 Born and raised in Brooklyn, NY, Dj Seven begin dabbling with music from an early age. Influenced by the sounds and style of hip hop, R&b, blues, and jazz, Djing came as second nature. He began Djing in college and continued to pursue a career in music after graduating. Since 2015 to the present Dj Seven has been part of the OC104 team mixing every Friday night from 11pm-2am on the Friday night Jumpoff. Dj Seven plans to further his career and continue to keep spinning the hottest music on OC104 and connecting with artists and the community.