Federal prosecutors say with the DOJ’s U.S. Attorney’s Office for the District of Maryland say a Cambridge man has pleaded guilty in connection with cocaine distribution and firearms charges.

44-year-old Takii Nikeya Smith of Cambridge pleaded guilty on Tuesday to conspiracy to distribute five kilograms or move of cocaine, possession with intent to distribute cocaine, and to being a felon in possession of a firearm. According to the plea, Smith engaged in the illegal activities in early 2018 when law enforcement began a surveillance operation. Police believed that Smith was a large-scale cocaine supplier in the area. Following the surveillance, numerous allied law enforcement agencies including Maryland State Police and the Wicomico County Narcotics Task Force attempted to arrest Smith, who fled the traffic stop. He was ultimately apprehended after his vehicle became stuck in the mud. Citizen complaints about packages along the roadway later revealed Smith had attempted to throw out the drugs prior to being apprehended.

Search warrants were later executed at Smith’s properties including in Mardela Springs and at a trailer Smith stored at an auto body shop. Troopers discovered more than 600 grams of cocaine, a digital scale, cutting agents and other drug paraphernalia as well as several rounds of .40-caliber ammunition, three firearms and $347,000 in cash in a vacuum-sealed bag.

As part of his plea agreement, Smith will be sentenced to 13 years in federal prison with sentencing scheduled for March 12. 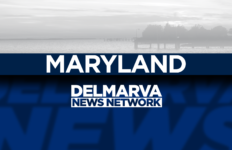