The event features a 2.4 mile swim in the Choptank River, a 112 mile bike ride through the nature rich backroads of southern Dorchester County and a 26.2 mile run. Last year, it was announced that the IRONMAN Maryland would remain in Cambridge annually through 2023. The event’s Senior Regional Director Keats McGonigal said “We are thrilled to build on this longstanding partnership with the local community.”

Dorchester County officials say some 2,400 athletes from 65 countries are participating in the event, filling local hotels and home rentals to their capacity. While the positive economic impact is significant, there will be numerous road closures throughout the city of Cambridge and in southern Dorchester County on Saturday. Officials stress that if you’re traveling from 6am to late evening on Saturday, you should pack your patience and expect road closures and at a minimum, delays.

This year’s race holds special significance, the first without longtime Race Director Gerry Boyle, who passed away in April. Since his unexpected death at the age of 68, there has been an outpouring of support from IRONMAN participants who only visited Cambridge, but affectionately referred to Boyle as “the IRONMAN whisperer.” In a 2018 article by IRONMAN’s Holly Bennett, race participants quipped “Mr. Boyle has an unparalleled vision for this event.” and “Gerry Boyle is amazing! I’ve never seen a race director work so hard to educate and support the athletes.” Under Boyle’s leadership, IRONMAN Maryland was awarded the 2017 Athlete’s Choice Award for Overall Satisfaction.

Cambridge is also home to the Eagleman 70.3 event, which takes place each Spring. That event was also extended to remain in Cambridge through 2023. 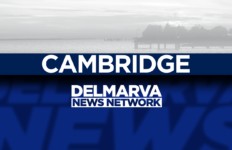 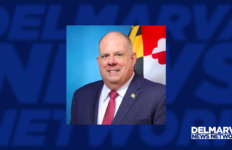 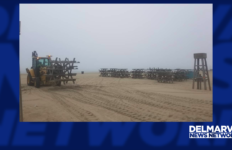