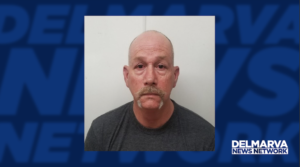 The suspect, William Newsome, 56, of Centreville, Maryland, is charged with sexual abuse of a minor, third- and fourth-degree sex offense and second-degree assault. He was taken to the Centreville Barrack for processing.

The investigation stemmed from allegations made against Newsome of sexual abuse that occurred in the early 2000’s and continued for several years. The victim was approximately 12 years old at the time of the alleged abuse.  The incident was reported to police in January 2019.