A dear friend to our radio station Spencer Wiersberg passed away on Sunday following a lengthy battle with a rare form of cancer.

The 22-year-old Fruitland Police Officer was diagnosed with a rare form of bone cancer nearly one year ago. After a lengthy battle, including with other health conditions he returned home for the final time over the weekend, passing away on Sunday. An outpouring of tributes followed from law enforcement jurisdictions all over Delmarva. Maryland Governor Larry Hogan, who met with Wiersberg while he was in the hospital released a statement saying “We are absolutely heartbroken to learn of the passing of Officer Spencer Wiersberg, a bright young member of the Fruitland Police Department who loved the outdoors, bravely served his community, and inspired all who met him. I had the privilege of spending time with Spencer just last Friday, and I was moved by his kind smile and fighting spirit. We ask Marylanders to join us in praying for those who knew and loved this hometown hero.”

This loss is personal to our Adams Radio Group family of radio stations (US 98.5, OC104, Big 107.7, 93.5 The Beach and Kool Oldies) as we hosted a benefit for Officer Wiersberg back in April of 2019. The “Wiersberg Ball” featured dinner, raffles, a live auction and ticket giveaways. All proceeds benefited Officer Wiersberg as we rallied around him during his time of need. 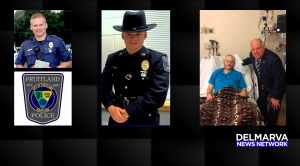 The family of Spencer released information about a funeral service. He will be honored with visitation at Emmanuel Wesleyan Church Main Campus on Beaglin Park Drive in Salisbury on Saturday, January 18th from 10 a.m. to Noon. That will be followed by a service starting at noon. Interment will follow at Siloam United Methodist Church in Fruitland. A reception will follow at Black Diamond Lodge on South Fruitland Blvd in Fruitland. 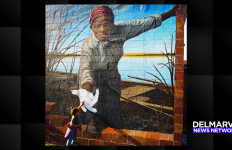 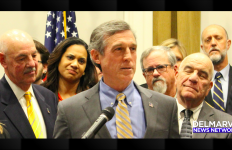 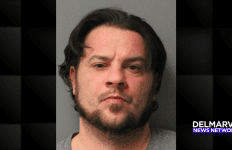